Skip to content
Home > Memoir > Advice for a 25 year old 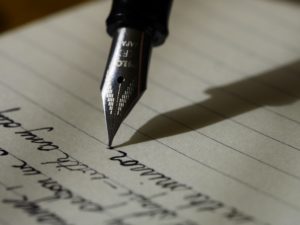 To my daughter Amanda,

Is Advice Even Possible

First off, it seems to me, reflecting on my own 25-year-old self (of thirty years ago), that advice is nearly impossible, unless one can actually see into the future. All we really get is hindsight, not foresight.

The Buddha taught the middle path in all things, avoid the extremes. But he himself lived lives of luxury and deprivation. Those experiences were necessary to get to enlightenment. In the Theravada tradition of Buddhism, the techniques of Vipassana (insight meditation) focus on producing experiences of insight (through uncomfortable structured practices). One must force oneself through. As my meditation teacher warned me: We teach pain.

I can give advice on what I would do differently, but if you have made, or will make different mistakes, then the advice might even be the opposite of what would be useful.

Some aspects of our personality are genetic, some forged through random processes, and they cannot be changed directly. Which means advice, if effective at all, would be something one lives with and contemplates, and experiences, rather than providing unambiguous direction or decision.

Of course people do change, but only in certain (and perhaps minor) ways that are individual to themselves. Understanding what change is possible now, and in the future, is something we can only live into, and not beforehand.

Forgive easily and often. This does not mean stay in abusive relationships. But don't hold a grudge. It stops effective communication, and wears down the soul.

If I offer advice such as forgive easily, and often, in ten or twenty years, one could reach the conclusion that such advice is quite poor, and it would be better to follow suggestions such as don't let people take advantage of you, stick up for yourself. The middle path in all things is a handy guide, but again, one has to live through these things.

One has to live through actions to their conclusions. Then one begins to understand advice in the first place.

But of course the heart doesn't really listen to reason, but rails against it. Advice on whom or what to fall in love with is pure folly.

Having them earlier is better in some ways, though the trend is to delay this. For one, it takes a lot of energy to raise children. The first few years has a real impact on sleep. The younger one is, the easier it is to deal with the physical demands of young children. Carrying them, playing with them, caring for them.

That said, a glance through the family tree shows the vast diversity of ages when children were born. Our paternal immigrant ancestor married at 65 and then had at least three children. While my oldest offspring are now already 25, I only began raising children starting at age 49. Children come when they do.

As Marx noted, we are animal laborans, the laboring beast. Work can be spiritual in the sense of developing ourselves. Of course this means there needs to be a good fit between the work, the workplace, and the worker. Finding this fit is something one experiences, rather than knowing ahead of time.

David Epstein's book Range provides numerous studies which show just how important it is to try various kinds of work, sports, activities rather than starting and sticking with one thing. One simply doesn't know enough, previous to actual experience in doing different things. Just as in programming:

Premature optimization is the root of all evil, or at least most of it. --Knuth.

Get it early and make it last. Having even a little wealth means that one has more options than not. This doesn't feel so important when one is young and single, but gains in stature over time. Don't assume (as I have) that money will always cost less in the future. The pandemic showed how brilliantly one cannot be assured of last years trajectories. If one experiences relatively surprising success in one's early career, the temptation to see all future efforts as being equally conquerable, can cause heartache.

The use of traveling is to regulate imagination by reality, and instead of thinking how things may be, to see them as they are. -- Samuel Johnson

Travel, gain perspective, learn languages. Live in cultures that are unfamiliar. This is hard, but this is important. However, don't take it to an extreme. Travel is not everything. Those who prize rootlessness as an essential freedom neglect to see the vitality in rootedness.

Read, by all means, all the time, and anything. Reading regularly refreshes the soul. It is through reading that writing is possible.

If you have a garden and a library, you have everything you need. -- Cicero

For advice in writing, read Rilke's Letters to a Young Poet which applies to many things beyond literature and art. It made a deep impression on me in my early 20s. For more serious writing, read Stephen King's excellent On Writing: A Memoir of the Craft.

Life without music would be an error. -- Nietzsche

I did not learn how to cook well, or much at all, until later in life. This was a mistake and need not be so. Cooking even a simple meal is a primal pleasure. Cooking for others, and even only for oneself, is a pure expression, and can be creative. One needs the right ingredients and utensils, but not an extravagant kitchen or even much space. Follow Roberto Rodriguez's excellent suggestions on learning how to cook.

Good habits and bad habits are things we can change but that also change us. It is not easy to change them, and how they change us can give us less power over those habits, good or bad.

As we are physical beings, having good habits of physical activity are important, and a strong habit is something that becomes easy to repeat, leading to a virtuous cycle. Bad habits really need to be avoided and consciously broken. They can be, but it takes dedication.

Little things can become habitual, such as being late to appointments, procrastination, disorganization, and the like. These small things, once mastered, can make a difference in achieving bigger things.

We are what we repeatedly do. Excellence then is not an act, but a habit. -- Aristotle

When I was 25 years old I was still in college. I only started at age 22 and finished six years later at 28. From January 1991 to May 1994 I attended UC Berkeley and finished with a BA. These were good times and stressful times, and it was during these years that I became a donor.

I had no idea what I wanted to do, or even do next, while I was at school. My original ideas changed while in that astounding learning environment. While I had temporary plans and ideas, really things just happened: disappointments, unexpected discoveries. Advice might have been useful to me, though I probably got some of it, and took less. I had to discover everything myself. Perhaps that was the only way it could have been.

It’s ridiculous to live 100 years and only be able to remember 30 million bytes. You know less than a compact disc. The human condition is really becoming more obsolete every minute.