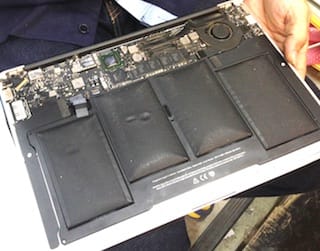 Bought new, the system is not often used on battery, but almost daily as my primary computer.

Why replace a battery in a five year old computer? Just buy new.

Sure, it only has 4gb of ram, and that is a problem, but otherwise it is a very effective tool for many tasks.

Sure some part of the time spend on the computer is frustration, maintenance tasks, and the like, but there are no systems that have any less. I've tried and still use such systems (Windows, Linux) and they fall short. The hardware is where the system shines, while the operating system less so. 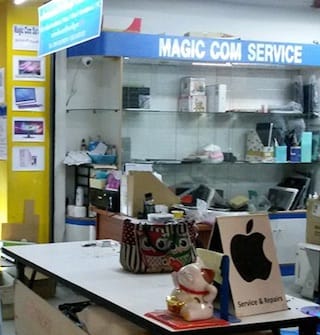 My Mac guy -- Magic Com in Pantip Plaza -- took a while to get the part (about 6 weeks which was fine, as I wanted a replacement as a preemptive measure).

It took another 10 minutes to swap out the battery array (4 screws and one connector) and get rid of an amazing amount of dust inside (the system hadn't been opened since birth).

Many people die at twenty five and aren’t buried until they are seventy five.