05-Nov-2016 - Note: I've reached the conclusion that I will entertain no more underpowered devices as they are ultimately so limited their return on investment vastly underperforms overpowered devices. This means Intel Compute Sticks are no longer acceptabe acceptable. The Intel NUC is now what I consider to be the future of the desktop.

I've seen the future of the desktop, and it fits in your pocket (well, not actually, but let's entertain the thought experiment). Sure, we've all seen this, it's called a mobile phone or mobile device. But really, the desktop, by its nature and definition, sits on a desk top. But that really means that a decent-sized monitor, a keyboard and mouse sit there.

As we've seen with all-in-ones, the computer can basically live inside the monitor casing. The one advantage is that there are no unsightly cables, or large form factor to get in the way, much less dust and a greater power footprint. With much smaller systems, usually size is counteracted by cost, though netbooks were a nice happy medium (and could be connected to a larger display).

How about something even smaller, and yes while power and capacity are still fairly low, the cost issue is beginning to vanish, since we are now dealing with almost off-the-shelf processors (Atom, CoreM). 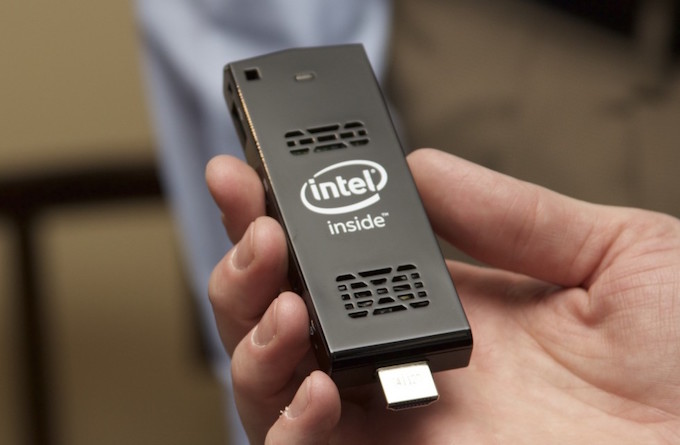 My Intel compute stick was purchased at a local retailer. They have good prices, but in Thailand computers are generally a little more expensive, and this one did not contradict. Everything would be a little cheaper in the US, but still this seems reasonable, and without the need to order and import via ebay.

The cost for a 2gb ram/32gb ssd, Atom processor, and Windows 10 Home edition included, was 5,700 THB. While the ram is not upgradeable and an Atom is a bit slow, the experience was fairly good. Sure Windows is a bit odd, but for this price being able to test out. 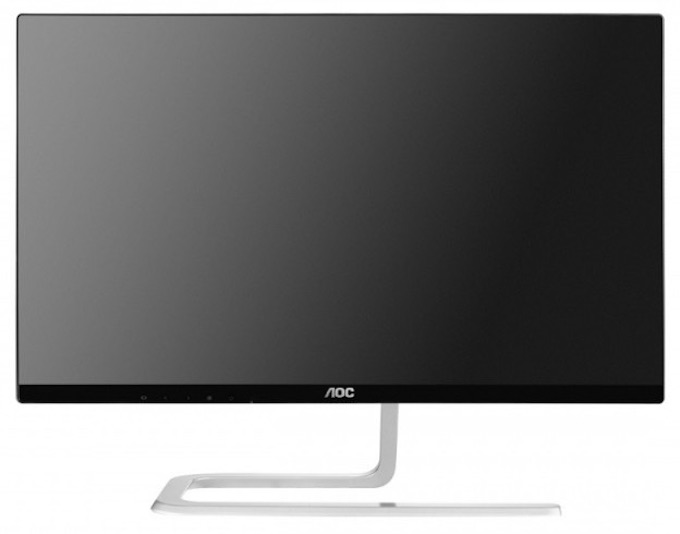 Add on a 22" AOC led ips monitor for 4,200 THB, and a wireless logitech keyboard/mouse for another 1,290 THB. Total is under 12,000 THB / $ 350 USD and is available inside Thailand today (as of 01 July 2016). Ridiculously reasonable for a great monitor, adequate keyboard and mouse, and a supremely small but functional computer. This being the future of the desktop. All-in-ones are simply not worth the prices when best of breed components are available for significant savings.

Apparently as of 14 July 2016 Lazada has even better prices on the Intel Compute Stick 1A32WFC. For the newer model with the same specs, try STK1AW32SC.

Goodspeed Computer in Icon Square still has the best price on an AOC 22 inch LED IPS. Keyboards/mice can be found most places, including Lazada, if needed. Make sure the devices are compatible and/or tested with the system that is purchased (for fewer headaches).

Future of the Intel Compute Stick

A roadmap of the Intel Compute Stick is interesting. 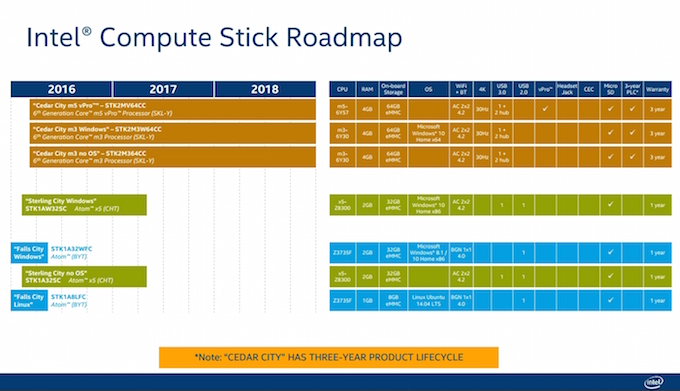 From what I can tell there are some nice chips coming later in 2016. Unclear on pricing, which will make a big difference, but everything with 4gb is targeting a desktop, though headless servers are also an interesting idea.

Some of the older Compute Sticks come with Windows 8.1 and either with or without an upgrade to Windows 10. Others come with Windows 10 installed. Check to ensure as the very same model numbers can have different OS versions. Oh, and yes Linux can be installed on these. (There is a crappier spec version of the Intel Compute Stick which has Linux pre-installed, but who wants 1gb ram, 16gb sdd? Ok, for $50 USD you could have a dedicated machine on the home lan, true enough.)

There is nothing man won’t do to avoid the difficult task of thinking.