2000 will soon be ten years old. Welcome to the new decade! (Yes folks, there is no year zero, therefore the calendar decade of the Gregorian calendar begins at year 1 and ends at year 10.) Ok, where have we been and where are what's next?

Looking back cannot really show the future, but it can give some perspective of the variety of changes which can take place in a decade. We needn't rehearse the various changes in the world around us politically, economically, technologically, biologically, etc. Just a simple narrative of yours truly.

That said, sometimes a longer perspective is needed than a mere 10 years. From what I can understand, my immigrant ancestor John McNeill (various spellings of the last name, good evidence he was illiterate) took place around 1725 and was due to the increases in rents in Northern Ireland at the time (spawning many a journey to new lands).

It so happens that I have repeated this movement, from east to west, due to increasing rental prices (2008 from Honolulu, Hawaii, USA to Chiang Mai, Thailand).

The first year of the last decade witnessed a newly minted masters' degree from the University of California at Berkeley, my alma mater for the undergraduate degree. This will turn out to be my highest degree, which is good as those with PhDs generally earn less than those who hold only a Masters. This year also saw 9/11 and the far-reaching ramifications. I traveled to India for my first significant visit outside of the country. A great discovery, namely that I love travel. 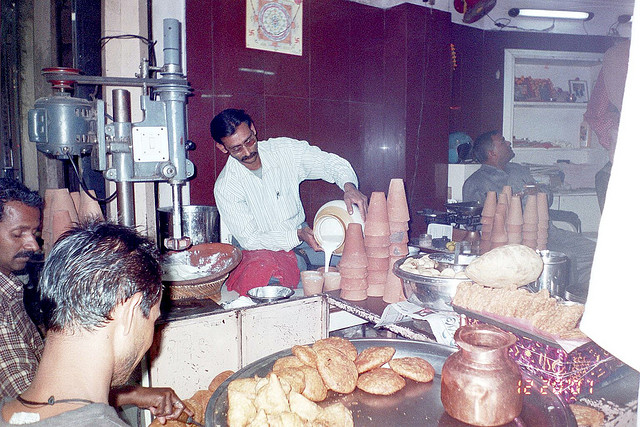 At the end of eight years of the decade I relocated to Thailand, so it was fitting that there were subsequent travels to Indonesia (twice in 2003) and Thailand (once in 2004). Sadly there was a lack of traveling between 2004 and 2008. Four long years of only inter-island travel (to Maui and the Big Island) and only for a few of those years. And not much else. This was a negative experience, the lack of travel. 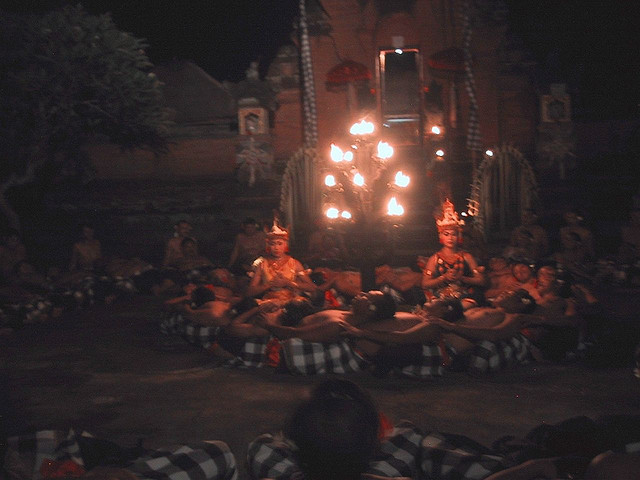 For most of the decade I was teaching courses at the University of Hawaii. There were eight different courses (six of which were prepared from scratch) and a total of 26 sections. These included organizational communication, data networking, information systems, public relations, political communication, marketing and brand communication, as well as several independent and 2-3 person project-based courses.

I was happy to explore the curriculum with the students and introduced them to Twitter and Second Life long before anyone else on the campus was doing so.

Leadership at the University of Hawaii

Two additional leadership experiences that I value and taught me many things more than what was in the classroom was the process of becoming and performing the role of president of the University of Hawaii Graduate Student Organization from 2003-2004.

As president, we got an enormous amount accomplished and I learned about how the university works (and how it doesn't work) from the perspective of being on a number of committees at an institution of higher learning going through a lot of change.

As treasurer of the Board of Publications from 2005-2006 I was witness to even more change, and resistance to change, and am grateful to have served and learned both from the successes and the failures. I spent three months from July through October in Vancouver and Victoria, British Columbia, Canada. I found it to be a very nice place, better in many ways from the nearby American Seattle and Washington State. Things there are less expensive, the people are less aggressive, and generally it is a nicer place to be. However, winter was coming and I experienced many days of five degree weather approaching the end of October. 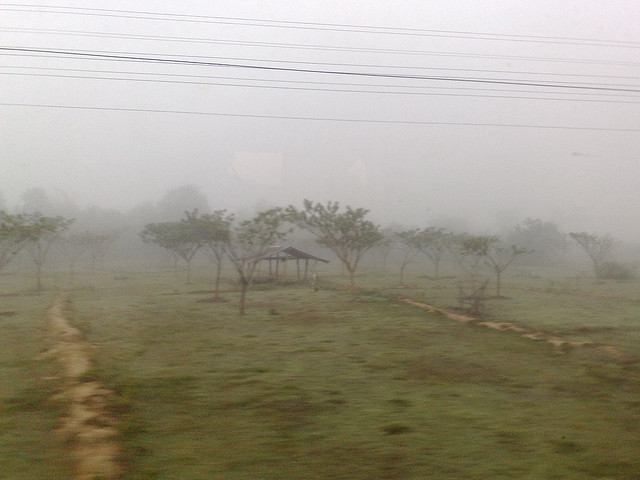 From Vancouver and Victoria to Chiang Mai (with one week in Bangkok) was a fantastic transition. Indeed, the plan at the time was to head to Viet Nam by way of Laos, but once I got to Chiang Mai, I sort of paused. It's been now 2 years since then and again, the theme of unpredictability of my life is underscored here.

The first six months I continued to teach online at the University of Hawaii. At the same time I took a TEFL course and taught English for about eight months, beginning in February, 2009. In June I also started doing SEO and Internet marketing consulting, continuing my off-and-on-again IT consulting that I had done since 2000 (actually 1997). The real change took place in December, 2009 when my Thai business partner and I founded Lanna Innovation Co., Ltd. A year later and we have (mostly in our spare-time) built a company with three employees. We are on-track for profitability in 2011.

What comes next is largely a continuation of the present. A lot of work building the company, stabilizing it, and again, more travel (which I haven't actually done much of since arriving in Thailand 2008). I have several inexpensive Air Asia tickets that were purchased during a great sale, so Cambodia and Indonesia are definite possibilities. Laos may be a destination as well. Malaysia and Singapore are also on the table, but likely in 2012, and completely dependent on what we see as the biggest opportunity for the business. 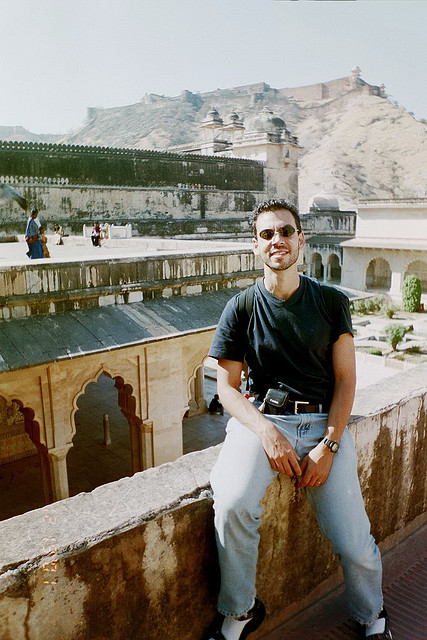 Ah, now we are talking! This is the kind of conversation I like because the future, from the perspective of the present, is simply fraught with possibilities (as is the present). The future can be seen as the nexus of possibilities embedded within the present.

So from here, all things are possible, and as before, completely unpredictable if seen as a straight-line trajectory. By all accounts, I certainly did not foresee this emigration to Thailand, but only later did it become possible and then actual. The same with the founding of the company. It turns out that there are many things in my past which are brought to bear on a present moment and makes choices both possible and successful. However there is no direct connection leading from the present to the future taken as a necessary determination.

What might happen? Well, frankly, I've got no fucking clue.

Of course all of this talk is just that, but in a peculiar way. My life has not been predictable. Starting from the earliest years of life, many different paths presented themselves without forethought or much foresight. Even as I progressed and entered adulthood, seemingly good choices were more or less fortunate -- aka luck of the draw, nothing more.

There was the time I applied to UC Santa Cruz for their writing program, and ended up being refused but awarded entry to UC Berkeley as I marked down them as a second choice at the last minute (knowing nothing about Berkeley).

There was the time I was denied entrance to a PhD program at UC Berkeley but became a secretary for the CIO of a public company and within 2 years was learning network engineering and a year after took a job at three times my entry-level paid the three years previous. Then there is the time that, most recently, I was summarily ejected from the PhD program at the University of Hawaii and found myself founding a company within six months, in a foreign country (Thailand).

No, there is little predictable about this life, however there can be opportunities identified and seized. So this thinking about the past (and a little about what may come) is helpful in the sense that there is a greater awareness of opportunity when it does arrive, usually disguised as some kind of failure. 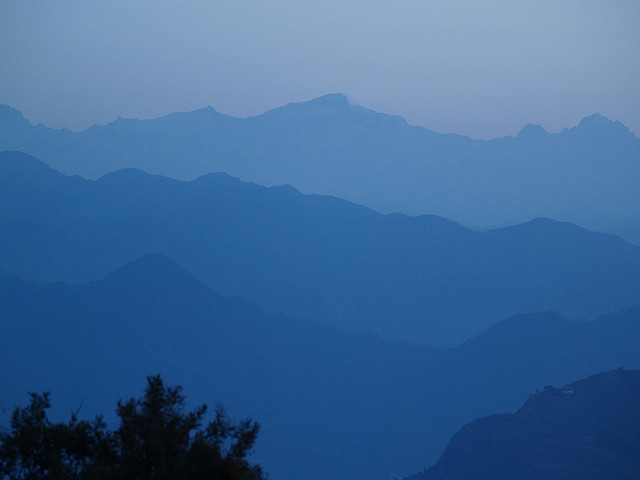 A cucumber should be well sliced, and dressed with pepper and vinegar, and then thrown out, as good for nothing.