There has been a raft of poor design in the web design on important websites and applications. There is no explanation for it other than the fact that the designers are believing their own propaganda. Let me explain. 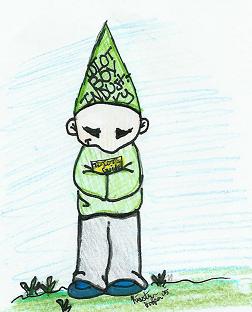 Design is Not Important

Design is not important, except when it is. That is, Design isn't important unless it gets in the way of utility. I'm not saying that beauty is unimportant. But beauty comes from excellence of form which produces function. The beauty of a thoroughbred is in the bones, the muscle and tendons, and its ability to race. Beauty is not decoration. That is fashion. Beauty is what is underneath fashion. Designers are killing the beauty of their designs, because somehow they have lost track of what beauty is. This was always a danger, and is now a disturbing emerging trend.

The enormous popularity of Pinterest has had a very bad effect on Note-taking software. Now Pinterest itself is quite usable. It is useable for the function that it provides which is collecting and managing collections of images. However, while trying to hop on the Pinterest bandwagon, Evernote (along with its Skitch product) and Springboard forgot that the creation of notes (which might or might not be visual) is their primary function. And the management of notes, has always been named notes and managed in a textual hierarchy. What did the designers of the new versions do? They turned into a management of images and a collection of images. As you can imagine, this is a horrible shift for those who actually are already heavy users of the utility of Evernote and Skitch. They made both creation of notes and management of notes much more difficult. Why? They lost sight of their customers and their goals. But how did that happen? By being designers, who are inherently jealous of other designers. And the project lead was blinded by the success of the Pinterest interface, and so either led or went along with these design changes.

Design Buzzwords as a Cover for Bad Design

Mashable introduced its fairly bad, unresponsive design (that is, a slow interface with a large amount hidden and requiring clicking to even view). The most hilarious aspect, if it wasn't so sad, was introducing this design with an article on Responsive Design. The irony was lost on most users who nodded along to the justification for the design as being one of responsiveness. Now, I understand what Responsive Design is supposed to be and do. That is, it is supposed to (somehow) provide optimal viewing or interaction experiences on multiple devices and form factors. However, in this case, the word term Responsive Design is used as a label on a very poor design, which is equally poor on multiple devices and form factors. We are in the realm of Orwellian language.

Let's get back to usability. That is, helping users accomplish their tasks and goals. Time still is an important factor. Why force people to have to click more times rather than fewer? Why make people wait while a slow website loads something that might look nice, if it forces them to spend time doing that? This is a tax on time, and there is no justification for that, much less a justification based on decoration.

The YouTube redesign is a bit harder to conceptualize. What actually were they thinking? On the one hand, there is the idea to have a sidebar present everywhere, which might be useful. However, a few things: * It isn't present everywhere, just some places. * Much of what was already present in terms of what people used to interact with the site, has been moved or removed. * The use of screen real estate is ridiculous (likely meant for mobile, rather than large screens on the desktop). So this is both an unresponsive design and a disaster in terms of usability. One favorite function I used a lot was to hover the mouse over the subscribe button (either on a channel page or on any video page), after a second or two a pop-up would launch with two checkboxes. One was to be notified by email when a new video is posted by the channel. Now, this feature has been removed from all videos, and from the channel, and not replaced with another button or way of invoking this function. It takes about five clicks inside of one's subscriptions to come to a page which has all the options for all subscriptions. Since I subscribe to a few hundred channels, it takes some time to load and then find the channel name (which I usually have to go back to look for since channel names are not necessarily memorable or identical to domain names). What a crock. Who would allow this to happen, this removal of functionality? Perhaps because only a small percentage of people use this feature (I am speculating here, but what could the reason be...)? But why make it so utterly difficult to invoke this functionality (which still exists, buried in the interface), and to what end?

The response to these redesigns, once they are made public, has been resoundingly negative and scornful. Just read the app comments on Evernote, or the comments on the YouTube blog on the redesign announcement. Why can't these things be tested with real, legitimate users, in order to get this response before the travesty is made public? Again, unclear, but someone is not doing their job correctly and should be fired.

Design from the API

Design should be from the API up, with various functional elements accessible from any given part of an interface. This will make the interface easier to adapt to best surface the functionality and workflow of the users. The interface should be a collection of themes, at best, with perhaps a certain amount of enduser customizability. Why is this very simple, flexible approach forgotten?

Today (a few days after writing this post), the new Wunderlist 2 was released. Now this is a great counterexample of Designers are Idiots. Wunderlist shows how Designers can be Brilliant. Not only with great, usable design, but also in how they need to kill design gone wrong. They did this with their Wunderkit product.