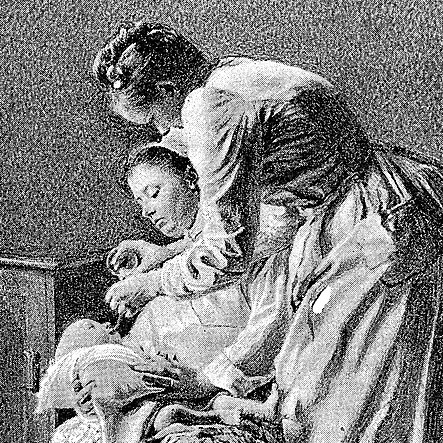 But first, let's look at the common potential causes. Unfortunately there are a lot, as in just about everything:

A Nursing Strike is when a baby repeatedly (though not necessarily every time) refuses to milk even when verifiably hungry, and in the absence of other causes (granted, this is hard to tell as the litany of possibilities above cast a wide net). This is common with breastfeeding.

The heart of the matter is breast aversion, when dealing with breastfeeding, but it could in fact be nipple aversion from a breast and/or a bottle. The key here is in how to feed, which is a source of endless discussion and confusion, from perusing the Internet as well as books by pediatricians. There are a key behavioral changes to make in feeding:

Now, it should be stated that there are divided opinions on the subject of the wisdom of a bottle vs. a nipple when trying to exclusively breastfeed. The concern is that a breastfed baby, once provided a bottle now and again (after rejecting the breast, but when willing to drink from a bottle), will learn to reject a breast at all times (or increasingly reject, in any case). One reason for this belief is that it is easier for a baby to drink from a bottle, and so the baby will naturally prefer this method. Bottle advantages include:

Basically, a myriad of reasons can come up for someone contemplating bottle feeding while breastfeeding. The basic rejection of the breast at some times during which the baby will feed on a bottle, is generally an emotionally distressing event for a mother, and there is a lot of denial about how there might be a problem. The two poles of response are: provide a bottle, on the one hand (with breastmilk or formula), and refuse to provide a bottle of anything. Obviously there are many responses in between these two polar opposites.

While I have heard a doctor say that no baby has died from not being given a bottle when they reject a breast that is a bit ridiculous. Death is not the only negative event to avoid and everything up until death is certainly not acceptable in any case. For those who want a hungry baby to be fed, even in the face of breast rejection, a bottle is the obvious (and simple) solution.

The key to bottle feeding turns out to be mostly the same guidance on breastfeeding, with a few minor differences:

It is easy to determine if bottle feeding becomes a problem (simply take note of each feeding, present the breast first, and see if a trend increases in favor of the bottle). If so, and if one feels this is a problem that needs to be eliminated, then do so -- that is, go through the trauma of a hungry, unhappy baby until they cry themselves to sleep, and when they wake up, present the breast.

To my mind it seems a bit ridiculous to be so anti-bottle feeding. The bottle is definitely an improvement over the breast in many ways (though of course the breast is the result of a lot of clever evolution, and should never be despised). It really comes down to whether it is more important for a hungry (and possibly tired and cranky) baby to get a meal, or for the parents to control how the baby will eat. Considering the issue as one of giving-in vs. standing-one's-ground is particularly troubling, especially when dealing with young babies (< 2 years old).

Most babies actually have no problem switching between breast and bottle, and there may be a time-of-day issue with preference that waxes and wanes throughout a day. And in reality, the objective is to have the baby feed. That is the purpose of the breast, not simply to dominate over all feeding mechanisms.

Considering the current sad state of our computer programs, software development is clearly still a black art, and cannot yet be called an engineering discipline.