I've gotten fed up with the nonsense that is Chromecast (slow, limited), Apple TV (slow, limited), and Fire TV Stick (slow, limited). I ran across the Vero 4K, which was announced in February, 2017. Besides good reviews about good hardware, the half-way decent, half-asshat forum (using Discourse), the system uses OSMC (open source media center) which is an Embedded Linux (Debian) system that uses Kodi as the default UI. In addition, the main developers contribute upstream. This is something I can support, and it looks like a viable way toward a more functional set-top-box/iptv/pvr/media-center. 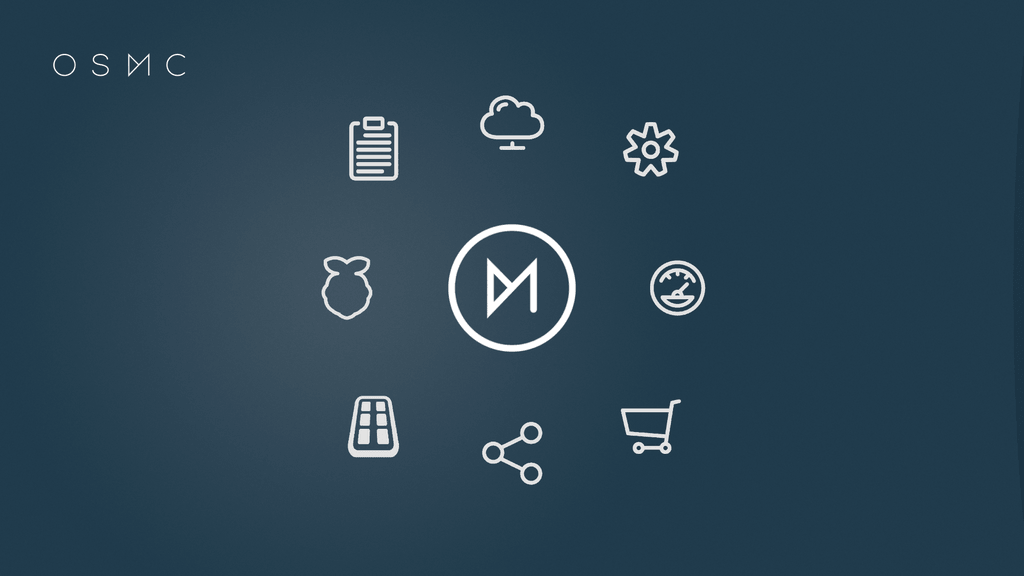 OSMC can be used on a Raspberry Pi and some other hardware, so the cost premium above a DIY hardware is in terms of higher performance components and software improvements. Price is around $150 USD with free international shipping, and if I recall correctly, I got mine (shipped from the UK to Thailand) within a few days, which is surprisingly fast.

It is claimed that the Vero 4K is user friendly. Nonetheless, it still requires either familiarity with Kodi or decent technical skills (linux) and an openness to learn how this platform works. To be honest, the user friendliness is not stellar, though it could be worse. The primary reasons are twofold:

Extensibility trumps user friendliness (of that extensability), if kept within reason, and OSMC and the Vero 4K does pull through.

Diversity of Use Cases

The ultimate media center might control all media / devices from a single or set of remotes. It might also allow for slinging media from other devices. As well it might have mutliple outputs (screens, speakers), as well as multiple inputs.

With all these possibilities, and certainly without all of them converging, there are a variety of configuration scenarios.

SSH can be enabled along with a web interface (mentioned below). The OSMC Linux distribution is based on Debian and runs systemd and the apt package manager.

What to install on OSMC Linux

Note that Kodi is the GUI. To exit Kodi and drop down to a command prompt, choose Exit from the menu. To restart Kodi, type startx.

Note added Sep 2017: firewalld and mosh are no longer in my repetoire, as I now run straight up iptables and autossh (client-side reconnect).

The security model for the OSMC is quite anemic. In fact, no firewall or iptables configuration is provided out of the box, and default username and passwords are identical on all devices (which means people will leave them that way, making large-scale attacks possible.

The first things are to change the username (which can be done in the OSMC interface), and then set up SSL keys.

Secondly, configure iptables. Do this first by finding out which ports are actually in use, and then block everything else. Simple really, unlike the desire to open everything and block one or two things, which seems to predominate in the OSMC forum.

The built-in webserver, once enabled, allows for web-based control of certain aspects of OSMC (though not all). I found it a bit flaky. The web server is based on libmicrohttpd. They key point to recall is that this web server is a part of Kodi.

This is found via: Settings (gear) > Service > Control > Webserver

I've had trouble with this, and it is a bit slow and throws some errors. Likely I do not have the use case for it (since all it really does is control a few settings, and also what is playing or queued).

There is an app store in the main OSMC interface, symbolized by a shopping cart. The following apps are available as of June 2017:

SSH and the Torrent Client are likely the most useful, and the rest are largely unneeded unless there is a bit of Cron or a TV Tuner needed.

To be honest, I don't see what the fuss is. Using Transmission from a desktop and then moving files to the media center repository makes more sense than fiddling in a web interface. Even simply connecting external drives and navigating their file structure is sufficient. Controlling everything through a single device is surely laudible, but still kludgy. Not to mention presenting potential additional security concerns.

As of Kodi 17 there are various issues which make Airplay Mirroring, DRM content such as Netflix, and YouTube mobile apps not work with OSMC. It is possible in the future that these issues will be resolved, but as of late June, 2017 the experience with IOS is fairly wretched, especially with Iphone5 and earlier models, and with OSX Yosemite and earlier.

Supposedly Kodi 18 fixes these issues, though expect a 2018 release. Alternatively (or in addition) an Android release for Vero 4K might help in these matters, though nothing forthcoming as of September, 2018. As far as asking in the forums? Nah, don't bother.

There are lots of scams out in DIY-PVR land, and the main reason has to do with access to pirated material. Money is to be made in purporting to (illegally) help/assist/provide-access-to media that would otherwise cost more to gain access to.

First, what is needed is a tier 1 repository that would provide fairly regular updates and a wide assortment of add-ons, apps, etc. Pretty much that is the official Kodi repository.

Second, the key add-ons need to be identified, and installed, hopefully from a repro that would provide updates (rather than a simple source that might not). Again, Kodi.

The remote control seems fine to me. There is a little learning curve on what to press when in specific parts of the menu, but the responsiveness is generally fine. Included in the box is both a USB remote receiver dongle (presumably radio) and an infrared extender cable (for use with other remotes).

One option that is possible is to remap the keys to include volume up/down. This is one of the obvious advantages of an open system based on open systems.

The fastest/easiest approach to do this is to install the Keymap Editor, a system add-on that allows for remapping of keys. First, select the key function desired, then click through and select the key on the remote to remap. I've remapped the skip-ahead/skip-back keys to volume up and down. Volume controls on the Vero remote are a bit slower, but if one wants to use a single remote, this is the approach (if desiring to use the Vero remote by itself).

I've done this, so that the fast forward and reverse buttons are volume buttons, but the reality is that we generally have both remotes nearby and the general remote is reached-for in order to change the volume. So practically, it is not used much, if at all.

Thai fonts do not appear to be supported with the standard OSMC + Kodi setup. Apparently they need to be placed in a certain folder, as well.