In my household we have been introducing Xiaomi products for the past six months. Overwhelmingly positive, but not without a hiccup here and there. In general, there is an odd mixture of: quality, design, and value. I say odd because generally those things don't go together. Great price, good looks, and works well. Not perfect, but nothing is. Xiaomi may have much bigger rivals, especially in China, but they have such a strong combination that they are able to compete with, and in some cases beat out such giants as Samsung in markets like India. 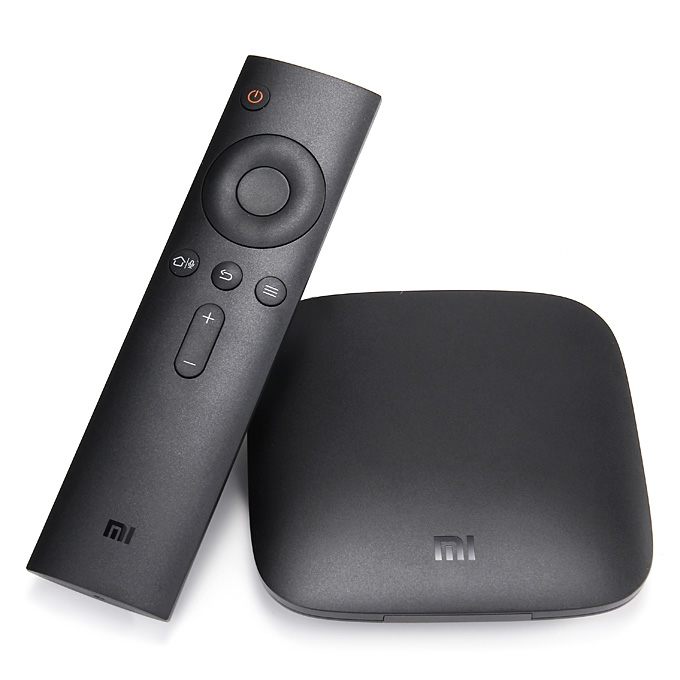 Robin Li is seen as the next Steve Jobs in many ways, but one way that he is not is on price. The return of Steve Jobs to Apple was a corporate success story of huge proportions, but it certainly didn't focus on anything but the bottom line. Of course in some cases the bottom line (seen with sufficient vision) can produce quality, and even value. Really though the better comparison is an aspect of Amazon (the hardware part). While Amazon had a significant failure in producing a cell phone, their success in the Kindle, tablets and tvs, and now home devices is the real comparison for Xiaomi. Decent design, great price, reliable quality (and great customer service to bolster reliability in the case of failure).

As with any decent ecosystem, a good product begets more product purchases, and the best products increase their value through network effects. Hence:

The Xiaomi Mi Fit app and integration of the Mi Band and the Mi Smart Scale is surprisingly good. The Xiaomi Mi Box Remote app is adequate, but the Mi Box remote itself works great and so the app is not needed. The Wireless Mouse is way better than bluetooth (which is generally a failure of connectivity, except where its narrow skillset is needed, such as with bluetooth speakers and smart health device connection (watch, scale, phone).

The Mi Box was a good replacement for essentially all other set top boxes (when residing outside the US), including the continually crappy AppleTV, Google ChromeCast, Amazon Fire Stick, and Vero 4k.

Note: a few non-technical Xiaomi products we use include a backpack and a thermos. Visit a Xiaomi store to see product extension at work. I think they have vacuum cleaners, too.

One aspect of Xiaomi-branded products that don't work are those which need to network or communicate with the Xiaomi Home application (which has poor ratings). Though it may be a one-off experience, I could not get a Xiaomi home security camera to work. The Xiaomi Cube is very cheap, but there was no way to get it to connect to any device, and various forums point to the same problem. I'm sure it works inside China with the Chinese servers, but the external Singapore and US servers never worked, and as I'm not inside China, the Chinese servers didn't work either.

The children's watch/gps looks like a great product but it is designed to only work inside China on Chinese telecom, and in fact has GMT+8 hardcoded so the timezone cannot be changed.

While the A4 hardware is excellent for the price (camera is a bit of a letdown, but sufficient for daily needs), the launcher environment and MI Cloud backup should be avoided. I've previously spent time on Android, including installing custom ROMs, so I already have a launcher I'm familiar with and suits my needs better than the MIUI interface. The MI Cloud is as exciting and functional and secure as the Apple Cloud, which means avoid and ignore as much as possible. It's definitely not needed for backup and restore when Google already does that. My guess is it is only something needed inside the Great Firewall of China.

Xiaomi rightly has been criticized for copying Apple (and others) designs and if it was not located in China, it likely would have been sued into oblivion. However, there are several points to be made:

Finally, the pricing essentially at a BOM by Xiaomi, and the learning of design and manufacturing, combined with dramatic control over inventory (they keep less inventory than any other phone device manufacturer via their flash sales), has produced a juggernaut which is more nimble than Apple, offers better prices than Apple, and is approaching the design sophistication of Apple.

Once Xiaomi cellphone cameras reach parity with Apple, the Apple profit margin will dramatically at risk, as it should be.

Xiaomi unfortunately has a bad habit of bloatware and privacy violations, as well as underpowering their devices to some degree. While I am content with the MiBox3, it is not the ideal hardware option, and a Roku stick or box is what I would recommend and what we will go with when it is time to upgrade. -- Update 2021 We've had a horrible time with the MiBox3 for several months at the beginning of 2021. An update made it impossible to wake the device up (the audio would not work) and we had to restart the device every, single, time we wanted to watch anything, after putting it to sleep. Disappointing and annoying.

As for phones, the Xiaomi OS MiUI is frankly a worse experience than plain google, introduces bloat, regularly requests permission to gain access to the device/sync with Micloud, and generally has bloat and uninstallable apps with advertising. The only version of Xiaomi smartphones I would go with in the future would be a vanilla Google experience, or one that has well-supported alternative ROMs so that I could avoid Xiaomi bloatware. (Since I also want to avoid Google bloatware and don't use any of their mobile suite other than Google Play Store, a custom ROM is really the best approach, though that takes a few hours to set up, and manage, and who has that kind of time?)

Overall, some of the Xiaomi devices and products still meet expectations but many are lacking and the company is worrisome.

The heart has reasons that reason does not understand.