This is part of Mcneill and Beyond - a Memoir 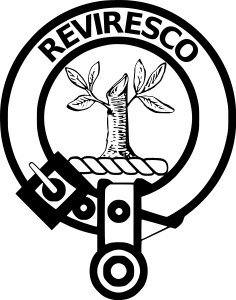 I've been reading Antifragile: Things That Gain from Disorder by Nassim Nicholas Taleb. This book is about the interesting notion of the opposite of fragility (rather than robustness, which endures disorder, but something that actually gains from disorder). As someone with a scottish surname (and motto) and reflecting on the mottos in Game of Thrones for the various houses, it is interesting to look for antifragile mottos. There are a few:

These are qualitatively different than mere robustness or resilience such as: 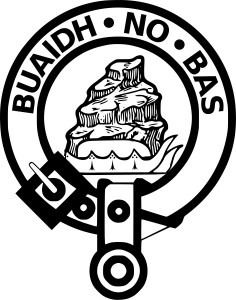 Indeed, the antifragile remind me the most of Nietzschean motto of What does not kill me makes me stronger. I think the Clan MacEwen/Clan Maxwell Reviresco (I Grow Stronger) is the most succinct formulation.

I prefer a slightly different source and translation, from the Anglo-Saxon (in Latin script, Runic script, Latin translation, and modern English:

Unfortunately, my own Clan MacNeil has an extremely fragile motto:

However, we do (that is, the family name does) have some connections with MacEwen, including relations with the Campbells and the Earl of Argyll.

Of course much of this clan nonsense was invented in the 18th and 19th century, little more than a combination of tartanry, and an alien highland culture. Of course clans did exist and did have traditions, though most of that died with the clearances and their aftermath.

The pruned tree is interesting but not so compelling as an instigator of courage: Come and prune me, you bastards! So what device would signify continual rebirth, even in the face of death? Two come to mind: the Christian cross (conquering death), and the phoenix, a much older animal, possibly of Egyptian origin, also associated with the sun.

While the exact bird that the phoenix is supposed to be is fairly well disputed, it might be nice to use a corvus (raven) as the heraldic animal. There is a nice connection with Odin and Norse heraldry from the Viking age.

People get annoyed when you try to debug them.