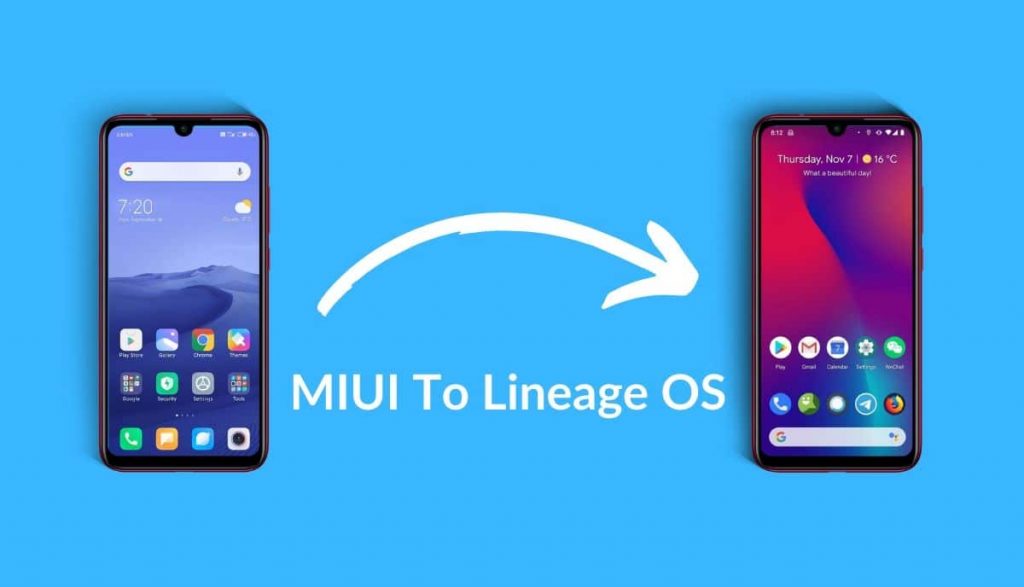 I've run custom roms in the past, when Cyanogenmod was the rage, on an HTC Desire (bravo). The main reason was the 576mb of ram made increasingly bloated Google services untenable. I think I modded another HTC after that, but then went down the rabbit hole of the Iphone 5. After that one got tiresome/wore out, I turned to Xiaomi, which was reasonable hardware and a great price. This includes:

Nowadays I am running Xiaomi hardware and it is the combination of Xiaomi and Google bloatware and general cluelessness (the latest rom update for the A1 actually breaks WIFI significantly if bluetooth is turned on) has turned me back to the side of lightness and truth. This is about 5 years later, and Cyanogenmod is LineageOS, and I've got two devices to manage:

What follows are steps I took to deal with these devices and get them fully functional, without any Google or Xiaomi bloatware or spyware.

First one must tap 7 times on the build number in Settings > About phone to enable the developer options menu.

These are two settings to enable in the Settings > System > Advanced > Developer options:

See also a Cyanogenmods forum topic on this subject.

ADB and Fastboot are Android utilities. I downloaded from the Cyanogenmods.org site, and did two things:

Much of this information is found on the Cyanogenmods forum. The 2012 adb-fastboot-install from Google.

In order to unlock these bootloaders, one needs to go through a process:

Besides the Xiaomi 2016+ procedure, most devices reqiure only adb / fastboot commands such as:

Each device has its own unique TWRP image. This image allows for executing various utilities and backup/restore functions. The key is to boot the image, not try to install it (that is an older procedure no longer supported). Reading the comments on this useful Cyanogenmods TWRP Install article reveals this.

I copy the files into shorter names for ease of duplication of the process. Also the commands have a problem with parentheses in the filename.

Clean Wipe the Device in TWRP

Essentially wipe everything. If you encounter an error, you may need to create the data partition, then attempt to wipe again (advanced setting).

After wiping the device, the idea is to enable sideloading under Advanced, and then back on the computer.

Note to wipe memory before turning on adb sideloading otherwise booting up won't be clean.

Note that Android 10 (Q) is a bit buggy (and the buttons change a bit) and LineageOS 16.x Android 9 (Pie) is probably the better, stable option.

From TWRP then choose Install.

Use sudo on adb and fastboot

The above uses adb push instead of sideloading, which requires an extra step of connecting to the device in fastboot mode.

However, sideloading will work (when booted into TWRP), without needing to reboot, if sudo is used for adb and fastboot. If either were started without sudo then:

Then detach and reattach the device. If there is any kind of timeout these steps will help, for example between sideloading different applications.

Install GAPPS or use FDroid/Aurora

Push (or sideload) this as well, before booting into Lineage OS.

If you don't need or want the FDroid store, then you are done.

There are other ways to sideload apps, but this seems the most obvious.

Once this is done there is the basic store available. Enable installation from its sources and then install Aurorastore to get applications in the Google store.

The best approach is to use anonymous (and not use any paid apps), or to create a new gmail account and use that for any purchased apps. Google can remove any account used in this way to access the store as it is against the terms of service. Though in practice this has not happened.

It seems that root is not needed for these operations. Root if / when necessary.

Some apps complain about needing Google Play services, and stop running (Gboard, some banking apps). And some apps do not show up in the store due to some version checking.

Some apps complain about needing Google but work anyway, such as Mi Fit and Transferwise.

The microg project is meant to address some of these issues.

Banking and other apps such as Netflix may or may not need microg or other fixes.

There is a thing called Treble ROMS, which might mean trouble. Magisk has special instructions for Treble ROMs.

Notes and To Update

The modern conservative is engaged in one of man’s oldest exercises in moral philosophy; that is, the search for a superior moral justification for selfishness.