Living in Thailand means being surrounded by ghosts, magic incantations, and spiritual seers. The longer one lives here the more the beliefs and their apparent reality prey upon the mind. 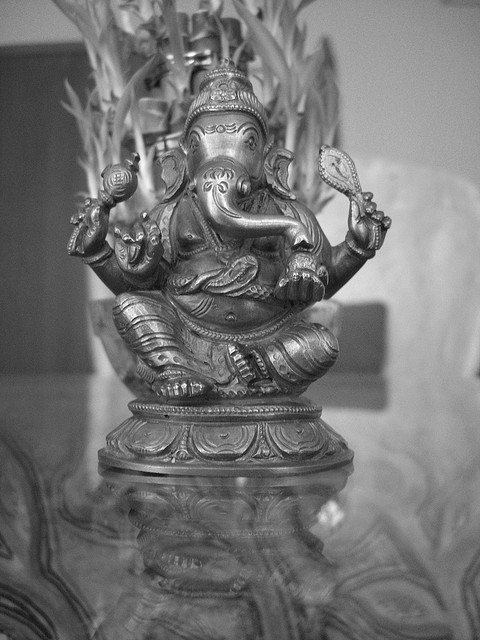 Good luck is not just about avoiding the bad, but mitigating the bad. Only extreme religions think in terms of the war of good against evil, and an actual winning of that war. This is what plagues Judaism, Christianity and Islam to a large degree, as well as, or especially, the superstitions of the religious fundamentalists of each of these and other religions.

A bus, sweeping out of a side-street ... caught a cyclist, knocked him off and crushed his machine ... the bus driver rushed over to congratulate the cyclist on his lucky escape. Both men were delighted and left smiling. - Norman Lewis, A Dragon Apparent, Indochina, 1950

Buddhism on the other hand--as it currently exists in Southeast Asia--is certainly ceremonial and intertwined with various animist beliefs and practices. At the same time, it is the worship of a man's wisdom, that is the ultimate reality of the world and life. In Southeast Asia one finds a bewildering array of practices, syncretic to the bone. I for one hope it is never all sorted out. That would be a tyranny akin to the mad vision of countless missionaries in the desire to convert, and thereby conquer yet again, in the name of a misbegotten god.

My own strange, small events are certainly no evidence, but I will say this: Two days, separated by a third, the first is a single buddha offering of 10 Baht, and then a day of immediate success (as well as the wizened, enigmatic smile of the ancient hawker of the offering). The next day, the same offering attached firmly to the motorbike, I promptly run over a cat (which clearly was not a cat, as how could it have continued its dash across the street and down the soi if it was run over by yours truly), and didn't crash, amazingly. And then cross a road in a very naughty way with the same motorbike, directly in front of an officer of the law who clearly saw me. But he also saw the prophylactic karmic device which indicated I had already made sufficient offerings. I was not pursued.

Strange days in a strange part of the world. I hope the adventure never ends.