When one wants to understand what the most sigificant digits are regarding courses of action, it is vital to have the appropriate time-scale. What can be done in 1 day is a much more constrained problem than one can be done in 1 year, 10 years, 1,000 years, etc. Ten million years is sufficiently large to rethink pretty much everything. As Peter Brannan writes in The Anthropocene is a Joke:

Unless we fast learn how to endure on this planet, and on a scale far beyond anything we’ve yet proved ourselves capable of, the detritus of civilization will be quickly devoured by the maw of deep time. 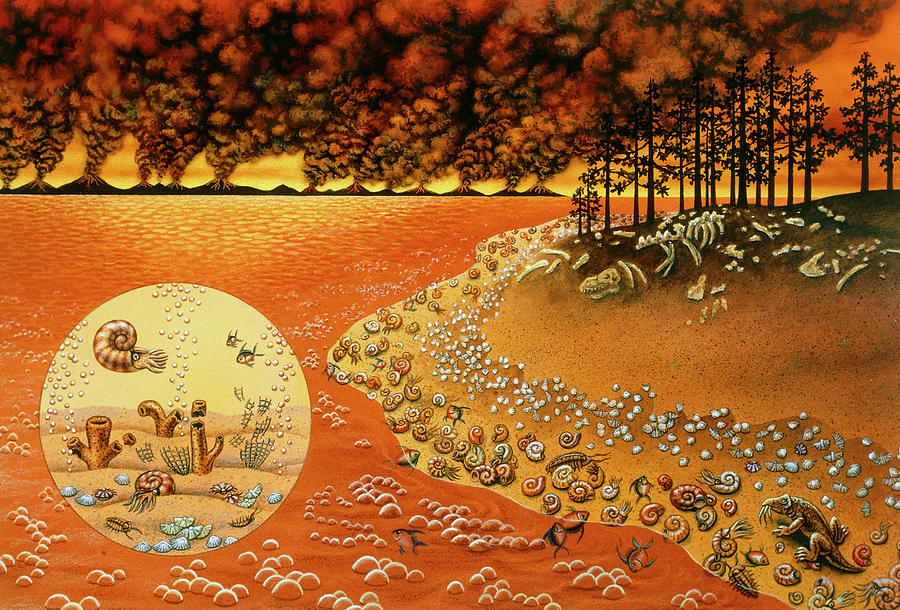 Such a timescale would be usefully informed with both what has happened to our species (or sentient life, in general) on our planet, in the past million years, as well as what has a chance of happening (that would be very detrimental to our lives), say the once every 26 million year mass extinction possibly caused by comets found in a region of space we've just begun to enter once again.

The question becomes, on a planetary scale timeline (and 0.2% of that for a 4.5 billion year-old earth), is homo sapiens (or any successor species) an event or an epoch? Epochs are large, at least ten million years in length, while events can be up to 100,000 years or so in length. Certainly our species is so far only an event, and perhaps one that won't leave any lasting impression for future paleontologists. This timescale puts most of our concerns about climate change to bed early. After all, we are dealing with much hotter and much colder temperatures, and the possibility of a second great dying (enabled by humans or not), which would make any predictions for 2100 sound rather quaint and really only the first paragraph in a very long book. How could humans (present or successor species) manage to adapt themselves and/or the earth to conditions such as greenhouse earth and icehouse earth offer?

In these timescales, sustainability takes on entirely new dimensions and relatively recent and short-sighted attempts to correct the destructive approaches of modern agriculture and animal husbandry are ludicrously unprepared to deal with conceptually much less practically. Of course these kinds of bases of knowledge and everyday practice are meant to apply to a standard human lifespan, and therefore should not be rejected out-of-hand but taken in as local and limited activities that must be embedded in a very different planetary scale.

The Permian-Triassic extinction event (aka the great dying) includes possibly the extinction of all forests, and chronic environmental stress. It may have taken 4-5 million years for forests to return to the earth. Possibly 70% of terrestrial life died out (in terms of species), and 97% of marine life.

Humans are much more (or less) selective regarding what we have (so far) killed off directly, such as nearly all megafauna (large mammals):

During the late Pleistocene, from around 125,000 years ago, these megafauna started disappearing. Today, they’re all gone. The reasons for their extinctions have been thoroughly studied and intensely debated, but a new study by Felisa Smith from the University of New Mexico puts the blame squarely on humans and our hominin relatives.

The cow may be the largest land mammal remaining on the earth, within a few centuries. Climate change and human predation have pretty much put an end to the larger mammals. Given a few thousand years, there is little hope for these species beyond dna preservation, special zoos, and heavily protected habitats (not many of those). Those who focus their energy on these kinds of tasks are not thinking about the long term. With ten million years in the offing, things like climate change really don't seem that important (other than gearing up for surviving in, certainly not stopping it). Even cows are a problem when dealing with ten million years (as are, actually, all species, though speciation takes place at that time scale). Certainly, in the near, and possibly far future (unless we get to the technological point of engineering a Ringworld).

The very cunning conceal their cunning; the indifferently shrewd boast of it.