Defined by what it is not

One interesting aspect of the term Indochina is that the name is derrived from the French Indochine meaning the land between India and China. That is, the name refers to what it is not. Indochina is not India and it is not China, it is the space between these two (of course Nepal and Bhutan also have this distinction). 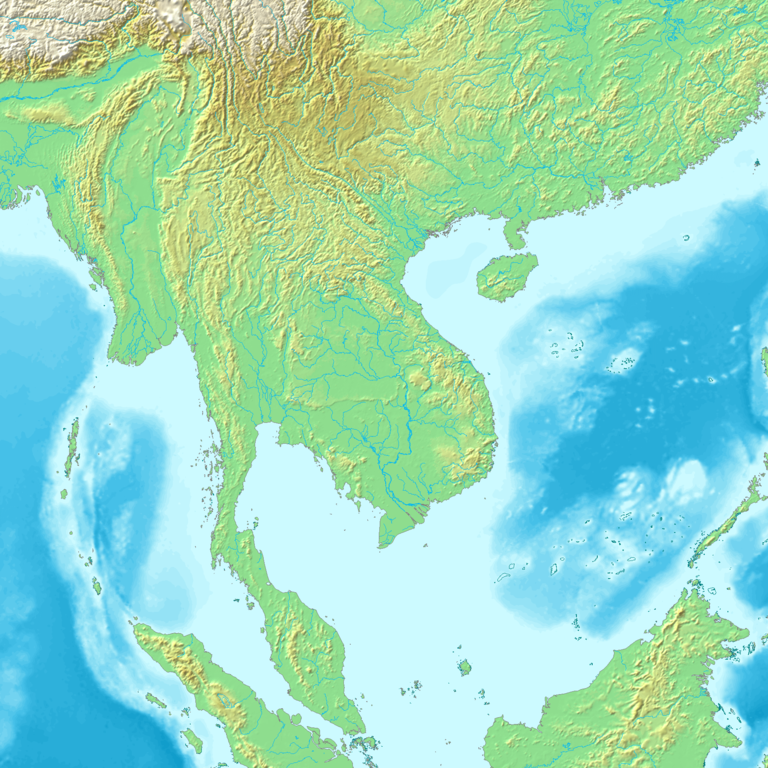 The Countries of Indochina

Indochina is more closely associated with French Indochina which was a territory governed by France which included Laos, Cambodia, and Vietnam, as well as Kwangchowan. However, at different times and in different contexts, the country of Thailand (formerly Siam) as well as Myanmar (formerly Burma) have been included in what we will refer to as Greater Indochina. The exclusion of Malaysia from Indochina is a twofold occurance. For one, Malaysia as it currently is composed includes a Mainland Southeast Asian component as well as Insular Southeast Asian component (primarily a large section of the Island of Borneo). As well, the culture of Malaysia is quite different and has an entirely different historical trajectory, from the early sultanates in the 12 century.

Portuguese influence and and British colonization of Malaysia is part of a shared history with Myanmar. In that sense, we can talk of a British Indochina.

Specifically in the ways in which Britain (along with France) pressured Thailand to give up its acquired territory, which consisted of much of Laos and Cambodia, and parts of Vietnam and Myanmar (the Shan States). World War II was the undoing of greater Thailand, which was forced to concede previous territorial ambitions.

It is as well possible to look at Indochina purely from a geographical perspective (geological as well as political geography), specifically as Southeast Asian mainland. This is then a part of the Far East, the southeastern part of the Asian continent. However, Bangladesh could be included. The main reason for Bangladesh's disinclusion is its historical, cultural and ethnic identity as a part of South Asia.

Another political/geographical division is the Greater Mekong Subregion which includes the five countries of Myanmar, Thailand, Laos, Cambodia and Vietnam, as well as Yunnan province (and sometimes Guangxi province) of China. The main idea is talking about what countries are touched by the Kong river, but also (from the Chinese perspective) the economic integration of the southern provinces with the closest neighbors.

ASEAN, the Association of South East Asian Nations, a 10 country political and economic entity, is well known for its diversity. Mainland and island. Dozens of ethnicities and languages, as well as religions. The three major religions are all found here: Buddhism, Christianity and Islam. The same is true in Mainland Southeast Asia. While Vietnam is nominally atheistic, a variety of religions (including Christianity and Mahayana Buddhism) play an important role in the society. Religion in Vietnam is influenced heavily by the Chinese, especially compared with Thailand, Laos and Cambodia. Indeed, Buddhism is the second largest religion in Malaysia as well. At the same time, the status of Islam in all but Malaysia is very much the same. That is, the muslim faith has a very tiny role to play.

Drawing the Boundaries of Indochina

Do Gods need men? Or are we like dogs barking for masters who don’t want to listen?