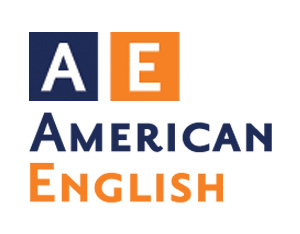 In reality, it encompasses a continuum of accents rather than a single unified accent. Americans with high education, or from the North Midland, Western New England, and Western regions of the country, are the most likely to be perceived as having "General American" accents.

For the most part, the spelling systems of most Commonwealth countries and Ireland closely resemble the British system. In Canada, the spelling system can be said to follow both British and American forms, and Canadians are somewhat more tolerant of foreign spellings when compared with other English-speaking nationalities. Australian spelling mostly follows British spelling norms but has strayed slightly, with very few American spellings incorporated as standard. N

For countries such as Australia and South Africa, several different English dialects have emerged. One mustn't overlook Indian English, as it has the same approximately number of native English speakers as the United States (~260m), and even more second- and third-language speakers of English (130m vs. 70m in the United States). India also may be the third largest English language publishing marketing behind the US and the UK.

In most non-English-speaking countries, the particular English being taught in the classrooms as a second or other language varies widely. In Thailand, one can encounter English teachers from the UK, US, Canada, Ireland, South Africa, the odd New Zealander, the Philippines, and even non-English language countries such as France, Russia, etc. This diversity in its positive aspect has to do with communicating across various forms of English. At the same time, the lack of standardization is an impediment to fluency.

For an individual learner who may have choices, it comes down to access to teachers and learning materials, and any future plans regarding a particular English-speaking country. For attending a university in a specific country, obviously learning that country's English makes the most sense. In terms of access to publications and media, however, there are two choices, and a clear leader.

From a English publishing and media perspective (specifically reading and viewing film and television), there are two primary markets: The US and the UK. The US publishes 60% more books per year than the UK. However, The Times of India is the largest circulation newspaper with 2.5 million copies per day, in English.

Reading is the key to fluency as well as thinking and writing. Reading for pleasure is the key to reading, and possibly thinking. President Obama said that for him, reading fiction in general helped him understand people and what is going on in their lives.

Because reading for pleasure is important, and fiction is a big part of that, the literature available in a national language is also important. Thankfully with the various Englishes this is not much of an issue since there is little impediment for say an American reading an English novel. Certainly it is not as familiar, but the spellings are similar, and it comes down to colloquialisms and context.

The US produces twice as many films as the UK than the UK. Indeed the UK has been suffering for a while and there have been ongoing declines in film production in the UK. There is a small but respectable film industry in Canada. Australia's film production is perhaps half that of Canada.

That said, India produces three times that of the US, and is the dominant film producer by number of films per year. Though the vast majority of Indian films are in Hindi and other Indian languages, there is increasing interest in English film titles in India. There is also a trend of increasing use of Hindi and English in the same movie Hinglish.

Learning a language through film is not all it is cracked up to be. Many people seek or recommend this medium for learning, but in terms of learning it isn't geared for that. Unless there are subtitles, there is only an audio cue and in many cases standard language speed, and lots of colloquialisms and slang. Certainly fine for an advanced intermediate but hardly helpful for a beginner.

Reading however, helps in enormous ways. First the pace is done at what one can handle. Pauses can be introduced and there can be writing and reflection. Rereading can be done easily rather than hunting around for the exact place to start again. This is not to mention the very basic difference between reading and viewing media is that the imagination needs to be engaged directly with reading, whereas it is secondary with non-interacting audiences.

Societies in decline have no use for visionaries.