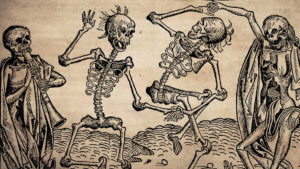 In the mid-2000s I attended courses in Future Studies at the University of Hawaii. Jim Dator, one of the founders of Future Studies in North America was there, and he had some useful, if soft, methods for going about understanding different futures.

This is relevant to the latest pandemic because it is one of the few ways to get a grip on the possibilities that are unfolding in front of us. The future is, after all, unpredictable by definition. However, one can become sensitive to certain scenarios.

Three kinds of tsunamis of change

The unholy trinity, plus one (intimitely related):

No way to address these issues at the global level.

Globalization is not likely to be effective, due to the unholy trinity plus one.

Paying attention to local and specific needs is the approach that avoids the problems of globalization (which won't likely work in any case).

Obviously a pandemic does not clearly come about here in terms of the tsunamis of change, which means there is something missing (unless one subsumes pandemics under environmental issues, which is a stretch). Instead, a more clear articulation of the tsunamis should include:

Of course the world is now, currently, painfully aware of the risk of a pandemic, exacerbated as it is by the utter vaccuum of American leadership which has successfully dismantled institutions meant to head off just such a risk.

Likely the dark ages and the bubonic plague, aka black death was the worst of it with possibly more than 50% of the population of Europe wiped out. Of course there are many historical pandemics which we should learn from.

In the Nietzschean account, what does not kill me, makes me stronger though one might add, if one is not irretrievably maimed at first. Leaving aside the idea of coming up with a vaccination of some sort, how can one successfully weather a pandemic?

First, one needs some idea of the risks involved in the current pandemic. Fivethirtyeight recently used some forecasting techniques, which average expert opinion. They specifically want to know about the magnitude of mortality. The results:

Given what we know of the infection lifecycle and current efforts to stem transmission, there is the overwhelming peak that swamps available resources (increasing the death rate due to lack of effective medical care), and ongoing but sustainable treatment (requiring less than full medical resources to treat).

Some countries will hit maximum healthcare resource utilization and some will not. The question is, how long will the sustained actions to supress new infections be required? Since different between countries, how long before the main populations return to travel to restore the economy for the travel and tourism industry?

A minimum amount of time may be something like three months, as per China, from the advent of shutdowns and sealing live infection locations, to unsealing and allowing travel to resume. That is not complete yet in China, though people are moving around outside once again.

At borders, this will take longer or be more complicated, and the issuing of visas and restoration of air travel could take an additional 1-3 months, depending upon the forces of caution vs. economic desperation.

Six months at a minimum, but could easily be a full 12 months before anything like a return of tourism is likely.

Depth and duration of crisis

With this in mind, there are three scenarios:

In order for tourism and travel to rebound it must be safe and straightforward to take flights. This means a manditory 14-day quarantine on arrival will be a non-starter. Without comprehensive ways to effectively screen people for Covid-19, there needs to be massive numbers of reliable tests which are inexpensive and readily available. Areas of each country will need to be certified Covid-19 Free, and travel documents need to include where people have been, much more inclusively and comprehensively than they do now.

There are several possible endgames for how the coronavirus will end and it isn't looking all that great. There is no global leadership in place, moral or otherwise. In the end, those with the most resources to throw at it are in a great battle against the very lateness and incompleteness of their actions (US, Europe), and so they are suffering the most, though heroic steps will likely be taken including healthcare technology, immunizations, and the like.

Many governments are incompetent or incompetently led, and the citizens in these countries will suffer tremendously because of it. Examples that spring to mind are:

Capacity needs to be built across the spectrum for all outcomes. Best practices can come from what has been effective in countries such as:

Manufacturing of needed medical equipment, discovery and testing of vaccines and treatment methods, additional hospital beds and more is needed, beyond what the goverment can offer in loans, tax breaks, and direct assistance to business and citizens.

Clear and concise information and ongoing messaging so that all citizenry are informed and prepared is a vital necessity.

Bill Gates already warned us in 2015:

China failed miserably (at first) and also continues to block Taiwan's access to WHO, a travesty.

China also appears to continue to mislead the world on the extent of Covid-19 infections and deaths within China.

Trump has failed on multiple fronts and keeps failing:

Thailand has failed due to the equally incompetent prime minister Prayut, a kindred spirit to Trump, not to mention the fact that the Army, which runs a number of businesses including boxing stadiums, refused to close them on government orders, and caused a spike in infections traced back to those events.

Politics, as a practice, whatever its professions, has always been the systematic organization of hatreds.