Skip to content
Home > Miscellany > Facemask use for Covid-19

Facemasks in the United States 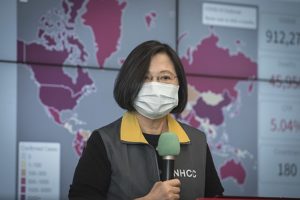 During the ongoing Covid-19 pandemic, the WHO and CDC initially performed a disservice by downplaying the advantages of facemasks. This was due to the critical shortage of these and the need for health and medical personnel to have access to them. In particular, the CDC underscored that surgical masks or N-95 respirators be reserved for healthcare professionals and first responders.

It was only much later that certain states started mandating the use of facemasks in public (such as New York).

Unfortunately this messaging of the importance to wear facemasks or face coverings was not clearly stated, and not regularly stated for several months. Now people complain about having these new requirements "sprung" on them. In addition, the patchwork nature of the fifty states and a severe lack of coordination between them (massive failure of the federal goverment to effectively advise and support the states) has meant a lack of best practices and a mishmash of messaging. The president is the worst offender.

Singapore had a similar problem in that they downplayed the need to wear facemasks in public, which resulted in a ballooning crisis over time. In particular, the immigrant working community has been largely ignored, even though they live in very close conditions where Covid-19 infections are highly likely without new public health measures such as wearing masks, washing or sanitizing hands, and the like. The government was too focused on appearing normal (with the exception of shutting down flights), to institute adequate healthcare policy changes to arrest viral infections.

In Thailand, facemasks have been much more prevalent in general, and used when people are sick, and also during the months of very bad air pollution (predominantly February-May).

The availability of the masks, which are of various designs and quality, declined precipitously in late March, but previous to that they were generally available in all pharmacies and convenience stores.

Beginning in early April, many stores began to require the wearing of facemasks. Even without requirements, well over 90% of people began to wear facemasks in nearly all public settings.

Yes, of course facemasks work. They are meant to protect sick people from infecting others (and since Covid-19 is infectious in people who have no or mild symptoms, it is hard to know when one is sick). They are also meant to prevent healthy people from getting sick. If facemasks did not work, then they would not be deemed critical supplies for healthcare workers, obviously.

In addition, in studies N95 and surgical masks have been found to be equivalently effective at protecting against viruses. Since they filter at different levels, the mechanism for effectiveness is hypothesized as mainly preventing one from touching one's face, which limits the hand-to-face contact, and hence the spread of viruses.

There are a few issues with facemasks to guarantee effectiveness (which does not reach 100% in any case, but does have a measurable effect).

It’s hard to argue against cynics–they always sound smarter than optimists because they have so much evidence on their side.