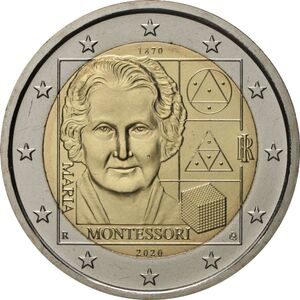 I am a great fan of Maria Montessori and her ideas about education. That said, she is long-dead and the Montessori we have is not her ideas (though we do have her books) but rather a set of institutions, schools, and teachers. We must look closer to see clearly.

Because Montessori is not trademarked, we also have many untrained schools and teachers who done the mantle of Montessori, yet are not qualified to be named as such. This is a problem that will not go away.

Finally, we have Montessori enthusiasts (some of whom are trained Montessori teachers or former teachers), including untrained teachers and the broad swath of Montessori-inspired parents (those with or without children in Montessori schools).

Needless to say this is a chaotic situation and Montessori becomes much more nebulous and ill-defined.

First we have the core pedagogy, initially by Maria Montessori but then formalized as training materials and processes. Then we have the actual learning environment, tools, tasks, patterns of behavior, overall curricula, etc. Third, we have montessori training of teachers, that is the professional development of the teachers, as well as assistants and administrators.

As with all scientific researchers, with the march of time their achievements and self-understanding ages. Their greatness and achievements of course can remain, but not as any kind of ultimate truth. For the best of scientists, their insights and their efforts are what are lasting.

With Maria Montessori this is as well the case. Montessori's academic work was conducted over 100 years ago. She did continue to publish and train teachers throughout her life, but these efforts were directed at an internal audience, those working with her and learning from her, rather than a professional audience of peers. The impact she made initially in the United States was severely blunted by incisive crticism that she altogether ignored.

The biggest impediment to Montessori effectiveness is an internal one, which is the continuation of the impulses Montessori followed in building up her teacher training as an institution. Perhaps that was necessary to the task. That is, Montessori is something that is seen as a whole, complete system of education. It is wholeheartedly directed to the teacher trainees and teacher trainers. And that is therefore its great danger of fossilization. The fields of childhood education, child psychology, developmental psychology, and related fields are active areas of academic and professional research.

Yet, Montessori research is generally limited to studies in effectiveness. This is a very limited approach which cannot help guide Montessori theory and practice itself. Instead of research-based methods which guide school interventions and improve curricula, Montessori pedagogy has only the recourse to reiterate and restate the principles of Montessori education, rather than to test them and ground them on current education research results.

While not responsible for it, this situation lends itself to the whole Montessori-inspired movement that takes Montessori as a kind of theme or analogy and attempts to apply it to all sorts of parenting issues, further distancing itself from its pedagogical roots. Some of these inspirations do indeed coincide with suggestions and statements made by Montessori in her writings.

However, let's be clear that Maria Montessori was a horrible parent who abandoned her child. She only became reunited with her son when he was 15 years old and never publicly recognized him as her son (introducing him as a nephew or an adopted son), until the end of her life when she was ill. This means we cannot simply take her words as the truth of parenting or of childhood education and educational psychology. We need instead to ground this approach in modern research and in modern educational theories and pedagogy.

A good first step is to measure Montessori effectiveness compared with a standard, non-Montessori classroom. And then also to measure effectiveness compared with other kinds of educational improvements and innovations. After all, there are opportunity costs to implement Montessori education, and if other interventions are the same or more effective, then those should be equally or more pursued. Some of this kind of research is being done and can be found.

A good third step is taking a close look at the theories which animated and undergird Montessori curriculum. For example, the so-called Planes of Development by Montessori are meant as descriptive of childhood development, yet only in its most vague way is it connected with what we know about childhood development since Montessori's time. Her Pedagogical Anthropology and later work on Cosmic Education for 6-12 year olds is steeped in a 19th century understanding of science.

Unfortunately, this task of rigorous research into theoretical and practical aspects of the curriculum is a thankless task. The Montessori teacher training institutions do not have this as a goal (it would appear more as a threat), and most Montessori research groups focus solely on the effectiveness of the whole system, rather than the sum of its parts and the way they hang together.

Much of what passes for Montessori research is truly only focused on explaning or validating Montessori without any form of critical appraisal. A good example of the attitude most common is as follows:

I personally don’t need a scientific study to tell me that Montessori works to be on board. I like the way I feel when I’m not shaming, bribing or threatening a child but working with them to have their needs met (and our own). I love observing the child developing their full potential, seeing them love learning, being curious, having deep and interesting conversations.

And it’s also important to be scientific, just as Dr Montessori was, and keep going with Montessori research to get Montessori accepted as a mainstream way to educate our children.

Montessori as an Elitist Institution

It is more than ironic that Maria Montessori started her work with retarded children, and then slum children of the poor working class. Indeed, Montessori interventions with at-risk populations has shown a high degree of success. Yet, Montessori itself as a pedagogical system is expensive. The teacher training is expensive and time-consuming. The materials are expensive, especially the European-sourced materials from the Netherlands. This need not be so as there are much cheaper solutions to be found in places such as India which does have an extensive network of Montessori schools.

Maria Montessori, in her first school with the slum children of local workers, hired an untrained housekeeper to be the teacher, and she herself trained that housekeeper and spent her time observing and researching the children and their reactions to things, and designing the curriculum and learning materials.

Throughout the world there are small, untrained nonprofits who use Montessori-based educational interventions in a much more similar way as Montessori did. They have small budgets, and hire local teachers, and provide four or six weeks of training. In that training, the teachers are taught how to build for themselves many of the Montessori materials.

Then after training, these teachers go back to their government or private schools and implement what they have learned. They have minimal support, perhaps visits a few times per year. Those who do the training are themselves highly trained and experienced teachers, but there is no full-time training that takes years and costs tens of thousands of dollars. This is Montessori on-the-cheap, the way it first came into the world.

Unfortunately these are guerrilla actions which are not sustainable beyond the efforts and funds of a few dedicated people. It may be that any educational reform that is fundamentally different may not be able to survive its own institutionalization. Ossification and ballooning expense weighs down the innovation over time, until it is too weak to innovate and improve itself for the next generation.

Note that Montessori has the same problem as TEFL where there are many online courses that have a wide variety of prices, and obviously some of them are simply inadequate, and others are rapaciously priced and overkill. There are two prominent Montessori teacher training institutions, but because there is no trademark on the name, any organization can claim to deliver Montessori training.

Loyalty to petrified opinion never yet broke a chain or freed a human soul.