Bill Gates recommends the book Why We Sleep, and it is excellent. All of my notes above need to be revised with this book in mind. I highly recommend reading it, to get more science, less psychobabble.

Now that my eldest son is 3 years old, there may be some changes to his schedule (he still takes a nap most days, but he is staying up past his traditional bedtime, so this became a question for me: How much sleep is enough?

Well, there is a range of answers, depending on ages, such as:

&ast;Note that there are differences in particular circumstances such as illness, pregnancy, and the like.

The book Why We Sleep is excellent and one main point is to always go to bed and wake up at the same time. One cannot deposit or withdraw sleep from a sleep bank. When facing sleeplessness, there are some specific things to do (limit blue light, no active displays before bed (video, computer screens), don't eat before bed, bedroom cool enough, shower before bed (helps cool core temperature), darkened room, etc.).

Our children are now 3 and 5 years old, needing 10-13 hours of sleep including naps. They usually get 1-2 hour naps but sometimes no nap and sometimes 3 hours. Bedtime is 8pm, though it can be 8:30 or sometimes 9pm before they get to sleep (after reading stories, etc.). Wake up is at 6am or 5am for the older boy if he goes on an early exercise bicycle ride.

With teeth and teeth brushing comes the need to sleep through the night, or at least change the nighttime feeding into nighttime watering. Turns out that this happens about the same time as toothbrushing should, or somewhat thereafter.

We are entering the zone of the final few months of the baby's first year. At 10 months, kicking dad throughout the night has gotten a bit old. So it is time to make several changes:

The question is the correct method and also sequencing. Probably the most traumatizing should come first.

These articles are from the very informative Dr. Craig Canapari.

There will be sleeping enough in the grave. --Benjamin Franklin

Polyphasic Sleep is when sleep occurs at more than one point in the 24-hour cycle. Otherwise known as napping, it is possible to shorten the length of sleep for all sleep periods and end up with less time overall spent sleeping. The reason this is possible, is that the sleep periods (theoretically) become more efficient in delivering the kind of sleep needed for restfulness. Power-napping is another term for this, but the power part comes from a compression of sleep stages. 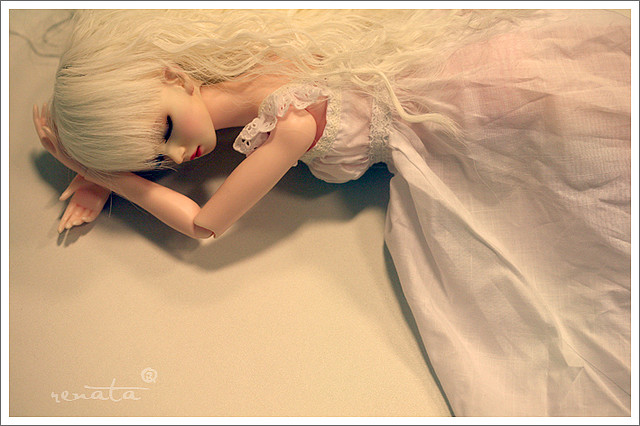 Some people are able to supposedly get by on 3 hours of sleep this way, and it has been ascribed to such people as Thomas Edison and Winston Churchill among others.

The purported benefits besides an increase in available time (quantity) include as well quality indicators such as increased alertness, creativity and health. However these benefits have been (somewhat) debunked on Supermemo. The main issue that they take with this practice is that sleep deprivation is necessary in order to entrain one's sleep pattern.

This is obviously true... Or is it? If my current sleep pattern is not actually natural (quite a bit of historical as well as EEG evidence that humans are naturally diphasic).

In extreme situations such as battlefields and extreme adventure sports, sleeping less is mandatory for success. Enter the Uberman (aka Superman, Uebermensch).

The rather heroic Uberman sleep schedule, which is 20-30 minutes of sleep every four hours, is not something I am going to try for. I don't need that much of a change and also, there doesn't seem to be much room for error there regarding the actual function of sleep. Instead, all I need to do as a result is one more hour of productivity without any loss of energy/alertness, etc. I intend to do more reading and more exercise during this time bonus, if and when it arrives.

My initial experiment (beginning 11-AUG-2012) will be one hour sleep periods five times per day, at approximately:

This fits my schedule which is fairly flexible, but needs a 4am wakeup for early morning running, a 10am-12pm classes and 3pm meetings several times per week. This also allows me to have an early dinner (at 5pm) or late dinner (7pm+), and not need to sleep at night until 11pm. Also this would allow me to do a late night dancing from midnight to 3am (which my current monophasic sleep does not allow).

I've learned this isn't going to work out, I am sleeping more, not less. And there are times I put off the nap, can't get to sleep, can't wake up easily, and also the habit of sleeping through much of the night. However, my awareness of sleep and its effect has dramatically increased. There are some studies which conclude that modern man is basically sleep-deprived and this has disastrous effects regarding accident rates, attention in the workplace, not to mention basic physical well-being.

I've come to realize, especially at my advancing age in the upper 40s, that sleep and naps should be grabbed at every reasonable opportunity. Note: This is the same for early-to-mid 50s.

1 thought on “Notes on Sleep”

There is no purer myth than the notion of a science which has been purged of all myth.